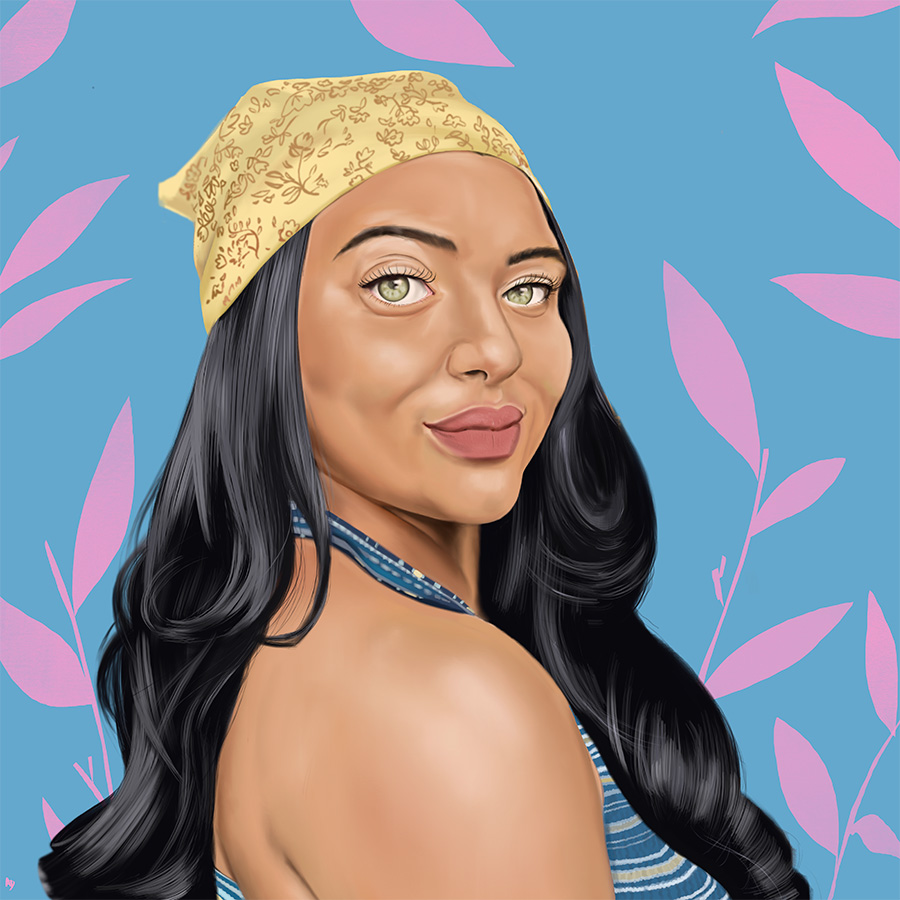 I had my abortion in 2015 when I was 18 years old. In many ways, to have your abortion story heard and received well it has to be sad, but that was not my experience and that’s not the case for a lot of people.

Up to that point I had managed to not get pregnant and figured I probably wouldn’t. But as it turned out, I did. I didn’t even know until my dog started acting shady around my midsection, and I thought I should probably get it checked out. As soon as I saw the positive pregnancy test, I knew immediately that I wanted an abortion. I found my nearest abortion clinic which was a little over an hour away.

I lived in Logan County, a rural area in Ohio where no one was talking about abortion, and there were no nearby clinics or even Planned Parenthood. I drove to Columbus to get the abortion procedure, and I didn’t have insurance at the time so doctors visits were always stressful for me. First I scheduled my consultation which was $250, then I had to wait a couple of weeks before I could have the actual surgical procedure because I needed to save up to pay for it. I didn’t know abortion funds like Women Have Options Ohio, existed at the time.

When I went back in for my surgical procedure, the nurse held my hand because she could tell I was nervous. My doctor was relaxed and conversational. We talked about lunch plans the entire time. As I sat in an observation room after I had my abortion, I met this Black woman who’d also just had an abortion. She was so calm and assuring about the whole thing like it was just another doctor’s visit. She took one look at me and said, “you’re going to be fine baby.” It felt so good to be told that by another Black woman. We continued to chat it up until the doctor told us we were good to go home.

As I’ve continued to share my story, I’ve learned that the negative feelings people often have when getting an abortion, or when talking about abortion is because of stigma. Many people are ostracized because of their abortions or they aren’t getting the support they need. Rarely do people actually regret their abortions. Abortion is a normal medical procedure, it took five minutes. I went home afterward and ate fried chicken while watching Game of Thrones because it was a regular Tuesday. And because of that Black woman I met in the waiting room, along with many other Black women I’ve met along the way, I was introduced to Reproductive Justice work and welcomed into this movement.

In Ohio, Republicans hold a supermajority in the state legislature, and they’re trying to strip access to abortion and other forms of reproductive healthcare by passing TRAP laws or targeted regulations against abortion providers. These types of measures dictate that clinic hallways have to be a certain width for it to be up to ambulatory standards, often putting an undue burden on clinics to keep up with. The majority of clinics in Ohio are independent clinics that do not receive that much funding. Those things chip away at access because they make it harder for clinics to stay open, and more difficult for people to get the care that they need.

We’re also seeing an uptick in outright bans, which take away the actual legality of abortion. Trigger laws are moving through the statehouse. We also have a law being drawn up that’s even worse than SB8 the Texas abortion ban as well as, local and city level bans being passed. These cities are trying to frame themselves as “sanctuaries for the unborn.” They don’t even have clinics which makes it even more difficult for your average person to get an abortion. In Ohio, we’re losing access to abortion and other forms of reproductive healthcare which makes Black maternal and infant mortality rates skyrocket, as a result, our communities are less safe and over-policed, it’s a vicious cycle. But somehow, Ohio often flies under the radar as one of the worst states for Black infant and maternal mortality, and for laws that criminalize abortion and bodily autonomy.

But the fight for Reproductive Justice in Ohio is strong and is being led by Black women and LGBTQIA+ youth. Abortion funds like Women Have Options, Preterm Fund, and the Aggie Fund are working to ensure people can afford abortion care when they need it. Reproductive Justice and Black liberation groups like the Ohio Women’s Alliance, and the People’s Justice Project (PJP) are building community safety nets for marginalized groups across the state. We aren’t willing to put our trust in these oppressive systems anymore. We know the importance of showing up for each other, and that’s what we’re doing-especially those of us who are working towards collective freedom.