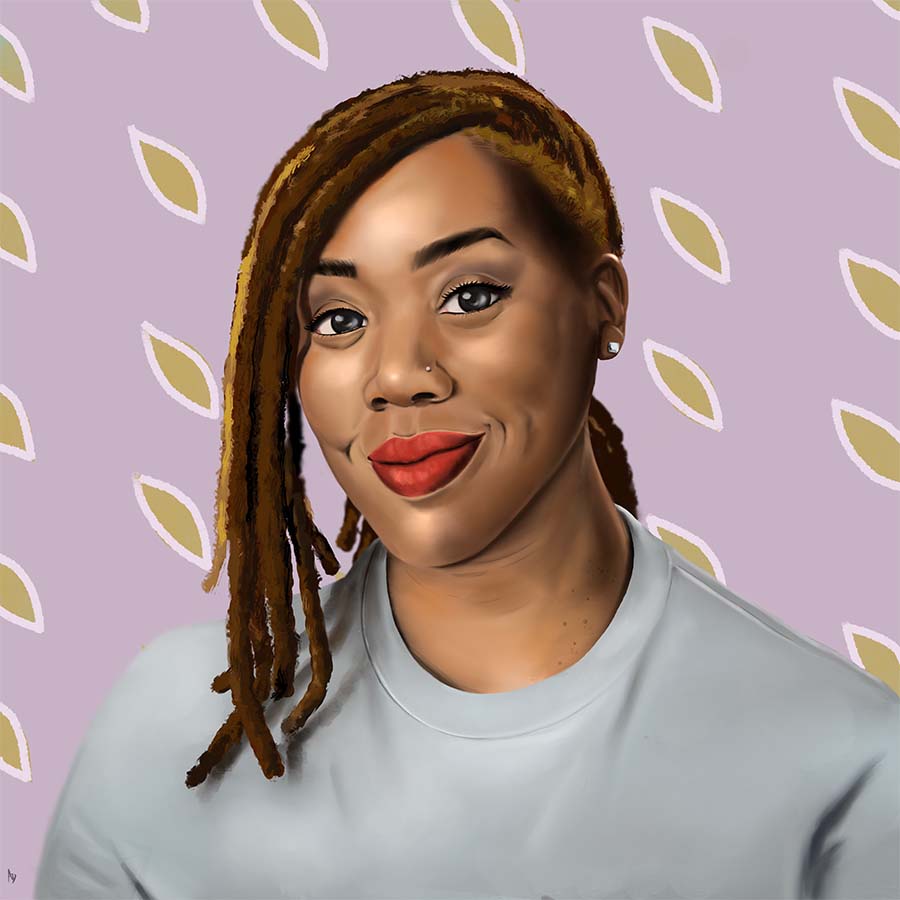 I had my first abortion in 1995. I was 19, in my second year of college. Like many young girls, enamored by the newness of college, I met a young man that I gelled with. It wasn’t until later that I found out he had a long-term girlfriend, with no intention of being in a real relationship with me. After we hooked up, I knew I was pregnant immediately. We talked about it, but at 19 I wasn’t ready to become a mom. Neither of us was prepared to be parents so my mom helped me locate an abortion clinic in Houston. It was seamless. And although I do remember there being protesters, I blocked it out and went back to live as normal.

I got pregnant again in 1999, I was 24. I was seeing this guy casually and I never expected to get pregnant but I did. I knew immediately that I wanted another abortion and I remember calling him while he was in Miami, and he asked, “what do you want to do?” I told him I wanted an abortion, but he wasn’t feeling it. He was Catholic, my family is also Catholic, and I grew up Catholic so my parents weren’t having it either. They were adamantly trying to convince me that I was old enough to carry this pregnancy to term. I didn’t feel ready to be a mom, I didn’t know this man. But for once I listened to my parents and I had my daughter. I became a mom and regretted that decision because it went against my better judgment. I didn’t want to have a child with a person I hardly knew. At the end of the day, I knew better. This is why access to abortion is crucial. We have to trust ourselves because we know better than to put ourselves in these types of situations and not depend on others to make these decisions. I knew abortion was the best option for me.

After I had my daughter, life was hell. Everything I felt could go wrong was going wrong. I didn’t want to be a single mom – I didn’t want to be a statistic. I was feeling embarrassed that I was raising my child alone because I always wanted to be married if I had kids. In my attempt to create more of a traditional family, I started to spend more time with my child’s father. My parents were also trying to convince me to marry him. I even started to spend time with his family, but it all started to crumble. Although I didn’t know it at the time, I was depressed. I was also battling his verbal and physical abuses and the emotional manipulation of his family.

During that time, I became pregnant for the third time. It was shortly after my daughter’s first birthday. I was not being assisted financially by him, and I was already relying on my parents too heavily. I didn’t think I could handle another child financially so I had another abortion. But I felt selfish. At the time I thought: I am already a mom how could I not have another child? Often mothers are expected to keep having children even if they don’t want them. Before you could have an abortion in Texas they had you do an ultrasound, watch a video, and wait for 24 hours.  But I was adamant I still knew I couldn’t have this kid.

It didn’t take me too much longer to realize I was capable of parenting my daughter on my own. I gathered the courage to cut ties with her father’s family, but shortly after I was served custody papers which initiated years of custody battles. I was in a dark place. I was wondering why people have kids or choose to parent. I had trust issues and didn’t believe men could be responsible, supportive, or upstanding which led to me continuing to have abortions over the next couple of years. I was afraid I’d be stuck in the cycle of having multiple kids alone. Through it all, I was grateful for my daughter – she continues to be an amazing child who wasn’t impacted by all of this.

When I became pregnant again in 2015 everything changed. As I sat in the abortion clinic filling out my paperwork, suddenly I became very sick, I couldn’t even formulate a sentence. The nurses were worried I might’ve ruptured my fallopian tube and could be having an ectopic pregnancy. It was during that pivotal moment that a Black nurse held my hand, and told me everything was going to be okay but recommended that I go straight to the hospital for emergency care. I pushed myself to the hospital where it was confirmed that I was bleeding internally because of a ruptured fallopian tube, and needed surgery immediately. I was terrified. I was a Black woman, alone, and in the emergency room of a hospital, which is notorious for undermining the pain of Black women and overlooking the care we desperately need. To make matters worse, I was unemployed at the time so I didn’t have insurance. They were acting like I was going to die but I was too embarrassed to call my mom. Here I was again dealing with another pregnancy but this time it was the worst-case scenario.

I had the surgery the next day where they removed one fallopian tube. A few weeks later I had a follow-up appointment with my OBGYN where I finally worked up the courage to ask if they were hiring in their office. They directed me to the local abortion clinic where’d I’d gone in the past to get my abortions. I told the hiring director at the clinic that I want to be “somebody’s person” – like that nurse was for me that day I needed emergency care. I want to be there for someone when they’re making the most important medical decision of their lives. She offered me a job at the end of the week. It changed my life. At that moment I felt like everything came full circle. Even though I knew I was doing what was best for me and I knew I only had the emotional capacity to parent one child, I felt like all of the abortions I’d had, all the shame I’d carried, finally had a purpose.

As a frontline worker in an abortion clinic in Texas, there were days where I could tell that someone didn’t want to have an abortion. One of the biggest misconceptions is that frontline people are coercing people into having abortions but that’s not true. There were many situations where people would come into the office and I would help them come to that realization that they were ready to become parents. It also became clear that many mothers feel immense guilt when contemplating an abortion. It was in those moments that I would share my story about being a mother and having multiple abortions. After that, the entire tone of the conversation changed, the trust was palpable.

I want people to know that this work isn’t dark, there is so much love involved. It’s through this work that I came into contact with other abortion story-tellers, I found my tribe. Especially Black women, who are less likely to share their abortion stories because we often carry so much shame and mistrust. But you should never let a stranger shame you into becoming a parent when you don’t want to become a parent. We allow what other people think about us to guide our lives and it’s ridiculous.

It’s so crucial that we have people who’ve had abortions working in clinic spaces. On my last day, I remember the number of people who came to me in gratitude that they were able to share space with me simply because we’d related on so many personal levels. The connection is so much better especially when it’s between Black women.

In Texas, the abortion ban continues to devastate our communities. People are being turned away daily because they don’t realize how this law will impact their ability to access abortion care. If I couldn’t have accessed my abortions when my daughter was little I wouldn’t have been okay. And the media is failing to capture that many people don’t have the means to travel to a different state to get an abortion.

That’s why I’m loud and proud about my abortion. People call me the Abortion Diva because I feel empowered. I feel no shame, and I’m blessed that I was able to decide how many children I wanted to parent and if I wanted to parent. That’s our decision to make.