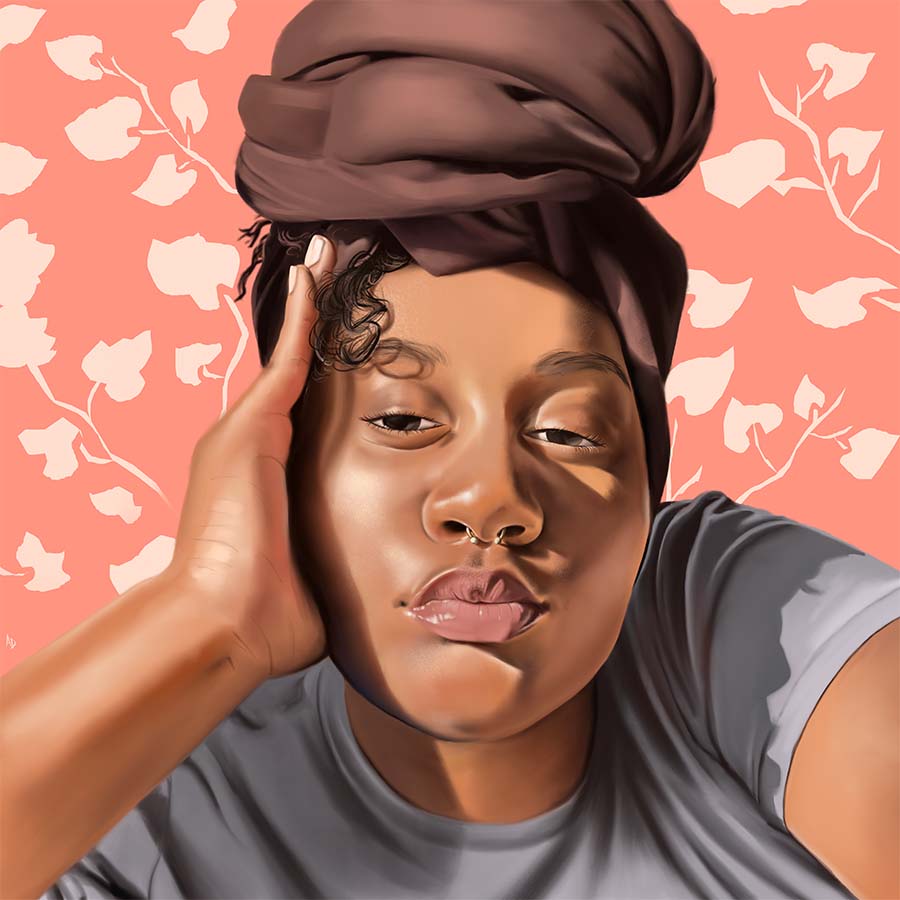 I had my first abortion in March 2020 in Columbus, Ohio during the onset of COVID. It was before the Black Lives Matter protests hit their peak, but some awareness and organizing were starting as killings of Black folks at the hands of the state were becoming a regular part of news coverage.

It was an odd time to get an abortion. But I knew that I wanted one immediately after I found out I was pregnant. I was still sitting on the toilet, looking at the pregnancy test, texting a friend saying, “I found out I’m pregnant and don’t want to be.” They made sure that when I said I was pregnant and didn’t want to be, I got the care I needed. And that I felt loved in the process. But I had to jump through a number of hoops to actually get the abortion. The first question was how I was going to pay for it.

I was in full-time school at Ohio State, and I lived on my own because I was emancipated from the foster care system at 18-years-old. Legislators across the state were having conversations about closing abortion clinics during the pandemic because they weren’t considered essential procedures, so I was worried I wouldn’t be able to access the abortion and would worst-case scenario would have to carry the pregnancy to term. I was able to get financial assistance from Ohio’s only statewide abortion fund, Women Have Options.

I was able to get an appointment with Planned Parenthood a couple of days after I found out I was pregnant. When I got to the clinic I had to walk past protesters. At the time, news coverage was focused on the killings of Amhaud Arbery and Breonna Taylor. Black folks were also dying from COVID-19 at disproportionate rates, so as I walked past the protesters at the clinic, there were comments about my race, and that I was contributing to the killing of Black babies. When I got to the doors of the clinic I realized they were closed. The doctor had called in sick. I called planned parenthood in the parking lot to see the soonest I could get in for another consultation and was told the next appointment would be 4-6 weeks out. Luckily I had another appointment scheduled at an independent clinic in Ohio about a week out.

In March we still didn’t know much about COVID-19, so I was nervous about sitting in the clinic’s waiting room for hours by myself because no one aside from patients was allowed inside because of COVID, only to get medication for an abortion I would finish at home. While the process was exasperating I didn’t have any other option. There are only nine abortion clinics in Ohio, and I didn’t have the means or resources to travel to another city like Toledo for a sooner appointment.

I was finally able to go to my appointment on a Friday. In Ohio, there’s a 24-hour waiting period when you want to get an abortion. You have to get an ultrasound, receive all of this medically inaccurate information which is an attempt to discourage you from getting the abortion, then you can come back to get your medication. Since my appointment fell on a Friday I had to wait until the following Monday to come back in to receive my abortion pills. When I finally got my medication, the abortion was quick and easy which surprised me given all of the buildup, warnings, and barriers I faced when trying to access this care.

I eventually moved to California where I got pregnant again and found myself needing another abortion. I thought it was going to be easier this time because California is hailed as a reproductive freedom state. I didn’t have to jump through as many hoops as the 24-hour waiting period, but I still faced difficulties, particularly insurance coverage barriers. California is a big state. In places like the Central Valley, people have to travel hundreds of miles to get to the closest abortion clinic. The state also has a ton of crisis pregnancy centers.

Both times I was empowered by my decision to have an abortion. The second time I had my abortion, I had an abortion doula who supported me through the experience. When talking about abortion many people often think adoption is a viable alternative. I was a foster child through my late teens, and I know for a fact that adoption doesn’t offer people the resources they need to parent their children.

My decision to have two abortions was informed by that, but also people shouldn’t be forced to carry a pregnancy that they don’t want. In racial justice spaces, we don’t talk about abortion enough. People look at me and say,  “you care about Black life but you also advocate for the killing of Black babies?” When in reality, the same framework of white supremacy that taught you to hate yourself as a Black person, is the same one that’s taught you to hate abortion. Abortion is empowering.  It’s a decision that I made for myself as a Black Femme. I deserve to have access to the resources I need to make these decisions about my body, I deserve to be able to make this decision.

Reproductive Justice is often treated like the ugly stepchild of all forms of liberation and I don’t like that. I’m a child of formerly incarcerated people. I was raised by my grandma whose family migrated from the south to Ohio. My grandma never finished middle school. I was owned by the state as a child and young teen. There were so many things I didn’t have access to, so many times I moved around and faced restrictions simply because of that status. My abortions were the first time in my life where I felt like an autonomous human being.